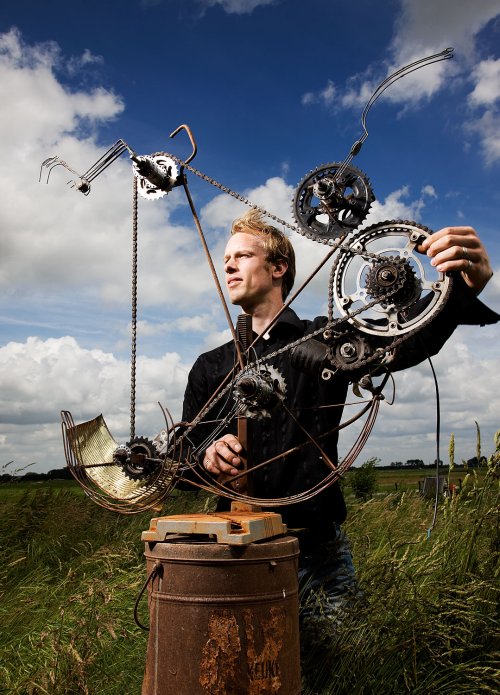 "Since 2000 I have been working on the development of sculptures with expressive motion as a starting point."

The second secret project I have been busy with during the last months is the development of a new robot manipulator which can move at very high speeds without causing vibrations of its base. The manipulator has been named Super-B, referring to the superb performance due to its Super (inherent) Balance, and has been filed for a patent. 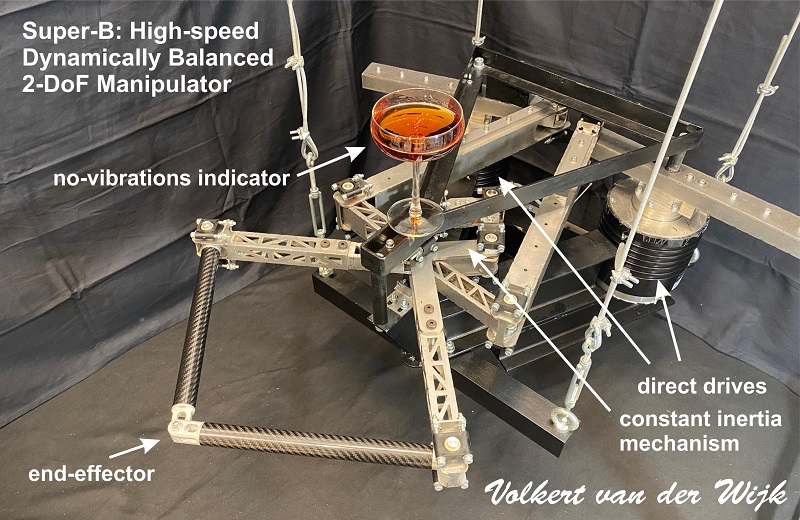 The first photo explains the main elements of the manipulator, which has 2 direct drive motors to control the end-effector for translational pick&place motions within the plane. The key innovation has been the constant inertia mechanism which allows the end-effector to be inherently balanced with two balanced manipulator arms as shown here. The design of the robot has been made by my graduate student Dennis Boere, who investigated a variety of design possibilities for which this one turned out the most advantageous. 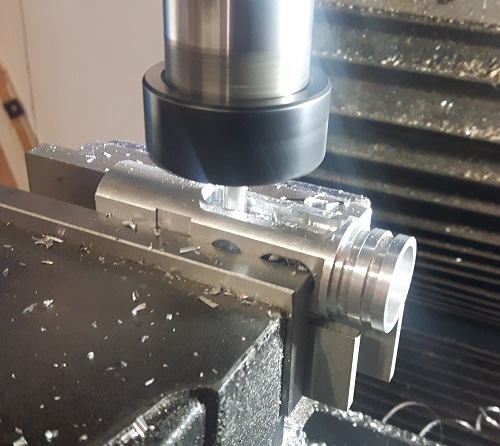 The production took quite some time. Here you can see the milling machine for the production of the aluminium end-effector... 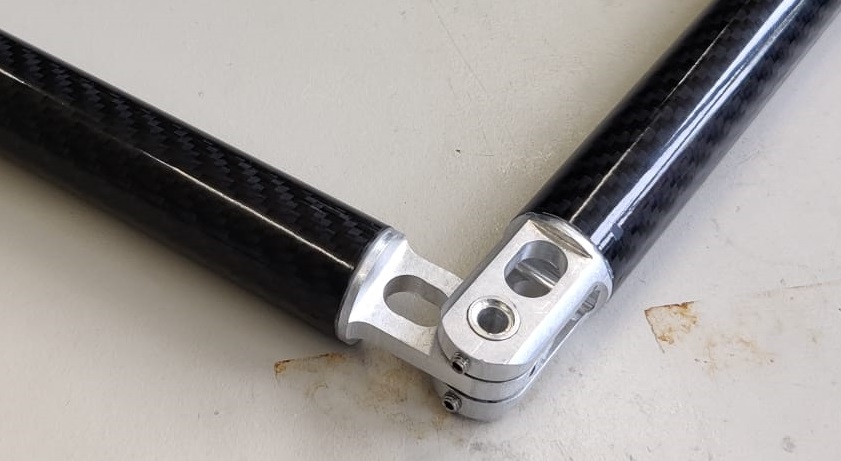 ... which was glued into carbon-tubes to keep the distal links/parts as light as possible. 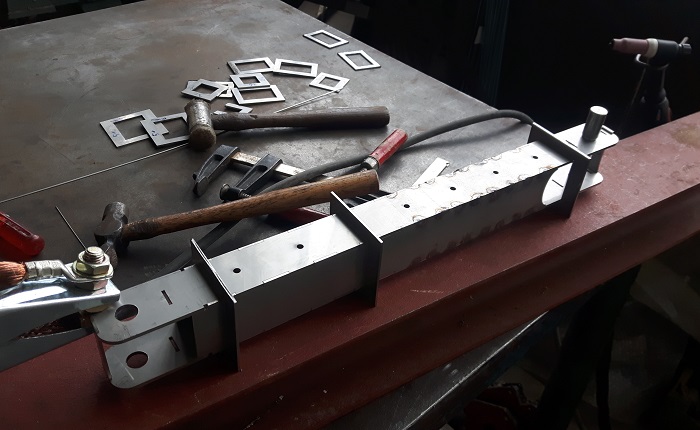 The other moving links/parts of the manipulator were made of stainless steel, by tig-welding of lasercutted pieces which fit as a puzzle. 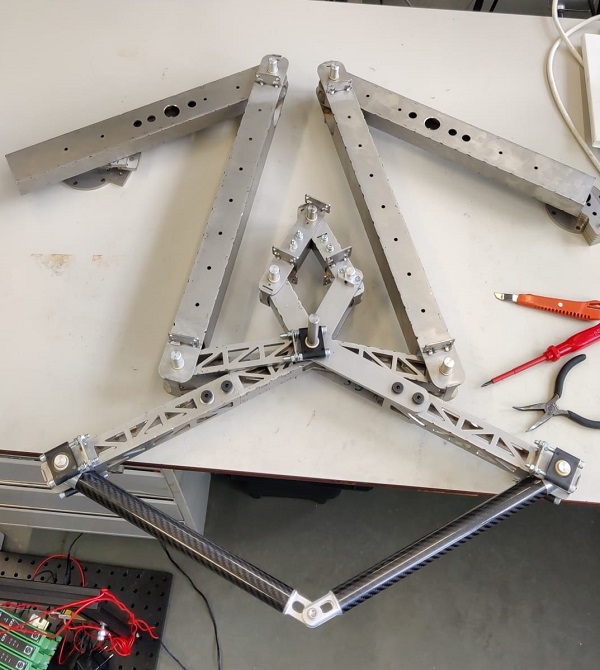 Here the complete linkage is shown during assembly. On all axles bearing tensioners were installed to eliminate the clearance. By carefully designing the masses of all elements, including some additional masses at specific positions, the dynamic balance of the complete linkage was obtained. 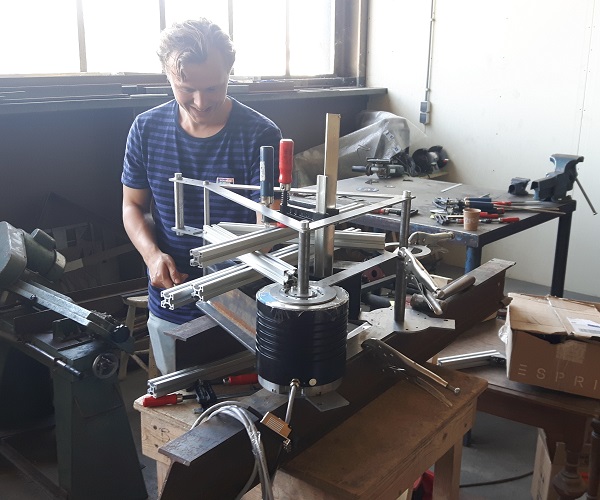 The production of the base frame of the manipulator was a challenge on its own, since the distances among the three rotational points need to be very accurate for dynamic balance. Above you can see Dennis fixing the parts before welding and underneath the base is shown during welding. 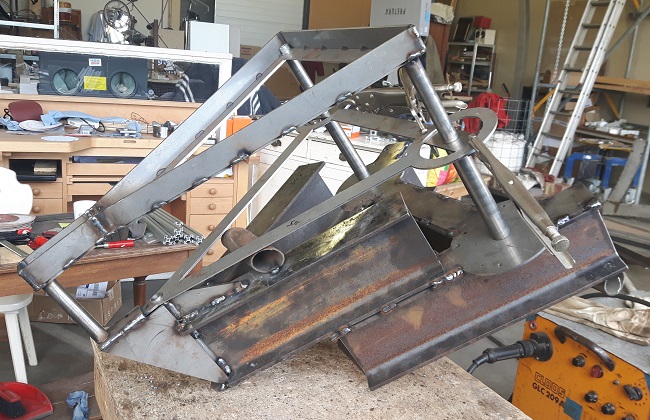 In this video you can see the mobility of the manipulator after it was fully assembled.

After the assembly we did some experiments for motions with 3 G and 8 G accelerations to verify the dynamic balance and to compare them to an unbalanced situation where the 'no-vibrations indicator' in the first figure was not much silent. The results and the video's of the Super-B are included in a scientific article that will be published soon. 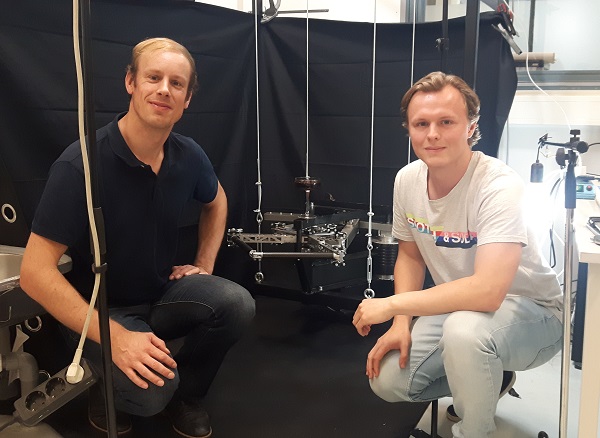